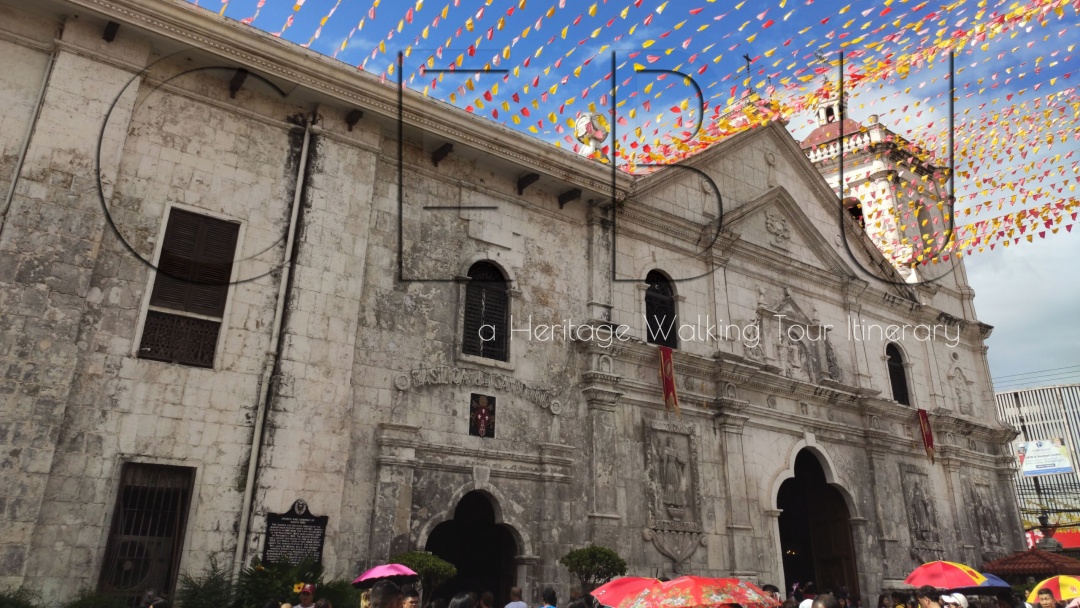 Cebu played a big role during the Spanish colonization in the Philippines. It was here in Cebu, where Portuguese explorer Ferdinand Magellan, erected a cross and baptized the first Filipino Christians. Cebu had become the Cradle of Christianity and in 2021, it would be celebrating 500 Years of Christianity in the Philippines. But it was also in Cebu, in the island of Mactan, where he was conquered by Lapu lapu, the first Filipino Hero, who battled against colonization with their bolos and spears, famously known as the Battle of Mactan, which is also celebrated every year through reenactment, Kadaugan sa Mactan, every 27th of April, which is the day Lapu lapu and his men claimed victory on April 27, 1521. Through this, Cebu, together with the rest of the Philippines, will also be celebrating 500 Years of Victory in the Battle of Mactan this 2021. So expect an eventful year in 2021 here in Cebu.

But before you will get caught in the middle of celebrations, pageantry and crowds, explore the rich heritage of Cebu through this guided Heritage Walk tour. I made this itinerary when I invited some friends I met in Palawan and hope this will help you with your plans. Kindly note that some sites or museums will ask for entrance fees, ranging from Php 50 – Php 120 the most. So let’s start.

Museo Sugbo (formerly called Cárcel de Cebú) is run by the Provincial Government of Cebu and it is under its care and jurisdiction. The building prior to its conversion into a museum served as the provincial jail of Cebu and as the main prison of Visayan district, it did not only house criminals but many Katipuneros (freedom fighters) were incarcerated here without trial. The museum features pre-colonial and colonial artifacts, predating the Spanish colonization, and wars that occurred in Cebu . It has galleries that showcase the traditional costumes of the period, antique carvings, and even historic architecture that are no longer existing and a new gallery has been recently opened to the public. Visit the museum to know more about Cebu and it’s long history.

Entrance Fee:
Free of charge as of March 4, 2020 (due to new administration)

A 7-minute walk from the Museo Sugbo is the Casa Gorordo Museum. It is owned and operated by the Ramon Aboitiz Foundation, Incorporated (RAFI) and has done several upgrades into the museum making it more informative and interactive. The museum serves as a venue for visitors who wanted to see and experience the lives of the Filipinos during the Spanish era. It has a mini theater inside that takes the visitors to the past and the history of the house. Also showing how the Casa Gorordo, a typical Bahay na Tisa (House with tiled roof), derived from the traditional Bahay Kubo or House on wooden stilts. This is one of the earliest examples of the Bahay na Tisa that survived the war among other houses, Yap-San Diego Ancestral House and the Jesuit House. Relive the Filipino culture and tradition at the Casa Gorordo Museum.

A gigantic monument in the middle of Parian district, the Cebu Heritage Monument is a sculpture that illustrates the history of Cebu through various events. From the discovery of the island, to the baptism of the first Filipino Christians to the Battle of Mactan until the liberation of Cebu. The monument is a 2-minute walk from the Casa Gorordo Museum and is right across two other museums, Yap-San Diego Ancestral House and The Jesuit House. Experience the events occurred in Cebu through art by visiting the monument on your heritage tour.

One cannot simply miss this obelisk at the intersection where the Colon Street starts when walking or boarding a jeepney. The Colon Street Landmark or also known as Colon Obelisk is a monument erected to recognized Colon as the oldest street in the Philippines. Although, you wont be able to see the old buildings from the Spanish time but you can still see how it all began, the trade and commerce in Cebu. Colon is filled with business establishments as it was during the Spanish era. The landmark is a walking distance from the Cebu Heritage Monument.

Considered as the home of the Archbishop of Cebu, the Cebu Metropolitan Cathedral is one of the major churches in the province. The cathedral suffered several damages during the war and also during the 2013 earthquake that destroyed some centuries old churches in Bohol. Although the facade is not entirely 100% original, the church is still considered a heritage site for its long history. The cathedral’s interior is adorned with golden chandeliers and a pipe organ that still exists. No wonder this church plays as the backdrop with most weddings in Cebu. From the Colon landmark, it’s a 3-minute walk going to the cathedral.

Nestled between the Cebu City Hall and the Basilica, the Magellan’s Cross has been a popular destination for tourists and pilgrims. It is said to be the first cross Ferdinand Magellan erected on the Philippine soil, signifying the arrival of Christianity in the country, making Cebu as the cradle of Christianity in the Philippines. The original cross is enclosed inside a wooden casement, what we see now, to protect it from further deterioration. Experience the strong faith of Filipinos as candle vendors dance to the traditional Sinulog when you visit the Magellan’s Cross. This is a 6-minute walk from the cathedral.

One of the oldest churches in the Philippines, the Basilica Minore del Sto. Niño de Cebu is the center of pilgrimage of the faithful devotees of the Child Jesus or Señor Sto. Niño. Every 3rd Sunday of January, the Basilica celebrates the Fiesta Senyor, in honor of the Sto. Niño, this celebration is known as the Sinulog Festival, the grandest and biggest in the Philippines. Thousands of devotees flock to the basilica to pray their petitions. A nine-day novena is celebrated and the sight of devotees hands waving as they sing the Bato Balani sa Gugma, a proof of their faith. During the 2013 7.3 earthquake, the church’s belfry fell to the ground bringing with it the centuries old bell. Now, the belfry has been restored and to prevent the structure to deteriorate, the bell was not installed, instead it is placed in front of the basilica as a reminder of what had transpired. Witness the faith of the faithful and admire the grand altar of the basilica. When visiting, no skimpy outfit, as a respect to a sacred place. The basilica is a minute away from Magellan’s Cross.

Cap off your heritage walk at the Fort San Pedro, the smallest fort in the Philippines. The fort is right after the Plaza Independencia and is a 10-minute walk from the basilica. Inside the fort are several galleries that display historical artifacts. Have a romantic walk on top of the fort walls and see some old cannons used during the Spanish era, and if you’re single like me, you can enjoy the view. After a walk, enjoy a relaxing afternoon at the fort’s courtyard.

Right across the Cebu Heritage Monument, the Yap-San Diego Ancestral House is a family owned and operated by Yap-San Diego. The house still retains almost 95% of its original elements. The house is considered as one of the oldest houses in the Philippines, the other one is the Jesuit House. The family still uses the house apart from turning it into a museum. See the family’s treasures spanning from centuries of generations.

Another considered as one of the oldest houses in the Philippines is the Jesuit House. Built in 1730, it has retained majority of its structure. The museum was discovered inside a warehouse and have been carefully restored to preserve the house. Upon entering, you will be taken to galleries inside by a tour guide showing you the history of the house, the first occupants and the surrounding area. The museum is a 1-minute walk from Yap-San Diego Ancestral House and right across the Cebu Heritage Monument. Re-imagine yourself living in this Spanish-colonial house.

After a day of heritage walk, enjoy a good dinner with various options at the Quezon Boulevard, plenty of restaurants offering unlimited meals, such as chicken wings, shrimp, pizza and more, with the view of the Compania Maritima, Malacañang sa Sugbo and the on going construction of the 3rd bridge. And if you want more options, you can board MyBus or drive to SM Seaside City Cebu, fare is Php 25.00, and enjoy a night view at the SM Seaside Skypark.

Hope this guided walk tour helps you on your trip, and if you need a companion or a tour guide, feel free to reach out to me, I can drive you around those spots for free, or maybe we could split the gas 🙂 Have a great stay in Cebu!

Photos and video taken by the author.